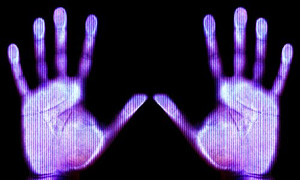 s been a major concern since back in the days when we searched using IP numbers, way back before domain names were even a twinkle in a developer’s eye.  But security has always been a major concern.  Build a safe and someone will learn how to crack it just because it’s there.  The same holds true for the Internet.  Build a secure site and someone will learn to crack it, just because they can.

Back in the days of Jesse James the people who put their money in the banks were concerned that the James Boys would find a way to break into the safe and make off with all their money.  The banks hired security guards and bought bigger and better safes but even today bank robbers still manage to make off with the loot.

So the concern over security isn’t anything new at all, and the assets at stake today are no more valuable to us than the assets our ancestors had in those old-fashioned vaults.  It’s just a different, albeit much larger, venue.  And like days of yore, there will always be someone trying to beat the system and make off with the loot.

There is one difference though that we really have no control over.  No matter how hard we try, every single move we make is now visible somewhere on the Internet.  Even if you paid cash for everything and never set up a Facebook account, there is still a file with your personal information somewhere out there in Cyberspace.

Think about it.  Before you can put cash in your pocket you have to cash your paycheck.  A paycheck which was electronically generated and logged on a computer somewhere.  Eventually your check can be traced from the bank where you cashed it to the bank that issued it and anyone who wants to dig hard enough can find out every stop it made in between and the account numbers at both ends.

We can’t avoid having at least some of our personal information filed away on the Internet.  Some of us have a lot more information out there than others and some of us have a lot more at stake.  But we also can’t stop the hackers because they’re just doing what hackers have always done and they’re like roaches, they’re just going to keep on evolving.

We’ve become complacent when it comes to shopping and bill paying online.  If a site has any kind of security assurances posted we automatically take them at their word.  We click on links and download files without a care in the world.  And we broadcast all kinds of personal information on Facebook, letting everyone know when we’re leaving for vacation, when we’ll be back and where they can find the spare key to the back door.

Even if some genius developer could come up with a program that completely blocked every bit of personal information on the Internet, within days someone would hack it.  It’s the nature of the beast.  So whether you like it or not, cyber security starts with you, and it always will.