Last weekend I was working, changing over a client to a new server with cloud components and unusually, everything went smoothly. What I was surprised about though, was the conversation I had with the General Manager.

I think I have been pretty persistent with the message that I convey on cybercrime and cyber security. Simplistically put, cybercrime bad, cyber security good and paranoia is your best friend. After the conversation I am obviously not doing it correctly.

The question that he asked was “Why do we have to have so many passwords?” He then proceeded to tell me that he had one password, a simple word that he used on everything. This is a General Manager of a multi-million dollar company!

To me this is my failure. It is also a failure on the cyber security community. If this can happen we are definitely doing something incorrect. We are doing something wrong. When you are immersed in the industry you forget that the problem is not the technology. It is the user, the innocent, uneducated, immature, ill-informed and sometimes the ignorant user that we have to help. 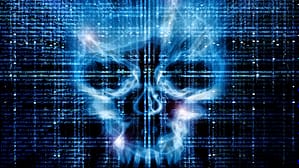 We educate our children not to go into dark alleys or put themselves in dangerous situations in the real world. But, we allow them to use a tool that is more dangerous than anything else in the real world. They have very little training in the use of this tool and no understanding of why they need protection.

You can lose all of your money, your identity, your personality, you can even go into debt. There are even documented cases where young people have applied for loans that they had no knowledge of and then been pursued by the banks to recover the money.

We allow our children to have conversations with people they have never met, or would never meet in the real world. We allow them to build trust with people in the digital world that they have no other relationship with, apart from they are there on their screen.

Yes I preach paranoia. There is a very good reason for that. In the digital world everyone that you do not know personally, and even some of the ones you do know are after you. The “what’s in it for me” crowd are the rulers of the digital world. The cyber criminals even use automated systems to attack us, so in fact we are being pursued by the system itself!

From my previous conversation, are we doing something wrong?

That is a definite and resounding yes; we are doing it all wrong. We have to work harder to change their attitudes. We have to change this attitude so that everyone understands how to protect their most precious assets – their digital persona, their personal information and most importantly their money.