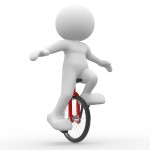 What the wannacry attack has shown is the professional and knowledgeable response from the “white hat hacker” community, the good guys.

From the 22 year old who registered the kill switch domain in the first wave to the huge number of people who have worked tirelessly on a solution to the problems that have been created by the wannacry cryptovirus.

A large number of White hack hackers have been working round the clock for the last 72 hours to resolve the problems and find solutions associated with the release of this specific piece of malware.

Most have not been paid.

Most do it for the love, the challenge and the contest.

Most of these researchers have other jobs, but they are in it for the challenge of beating someone who has no moral compass.

The white hat hackers, the researchers, the penetration testers are there because they know that in today’s world with its attitude of “it will not happen to me”, “we have nothing worth stealing” “I don’t have time to patch” and “not my problem” that someone, anyone, has to do something about the bad guys and their attack tactics.

Don’t mean to be simplistic but the good guys are not ego driven. They just want to beat the bad buys at their own game.

In most cases they are willing to help anyone who will listen.

These are the people you want in your corner. They are the champions who take on the black knight and win.

To the good guys I raise a glass – thanks