“The Streisand effect is the phenomenon whereby an attempt to hide, remove, or censor a piece of information has the unintended consequence of publicising the information more widely, usually facilitated by the Internet.” —Wikipedia

In 2003, Barbara Streisand filed a lawsuit to have a photo of her Malibu beach house taken down from a photography website.  Although few people had seen or noticed the offending photograph before, the publicity from the suit prompted hundreds of thousands of curious internet users to take a look. 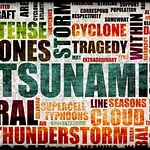 Streisand’s lawsuit may have been a massive overreaction, but most of us have some inkling of how she felt.  We all have something that we wouldn’t want the world to know.  And we’ve all heard by now about mega-corporations like Google, Amazon and Microsoft collecting data about us and our online habits.  If you use Google and have a Google email account, they have already created a substantial body of knowledge about you:  What you are interested in, whom you talk to, what you talk about, and what you buy.

The prospect of strangers knowing so much about you is pretty scary.  Some commentators think we need to tighten up the privacy requirements, but this brings its own questions:  How is data collection going to be policed, and who will be the watchdog for the whole system?

Anyway, not all violations of privacy can be blamed on some faceless corporation.  It often comes down to a user posting carelessly on a social media account, blog or discussion forum.  What would happen if you had done something online that you are now embarrassed about?  To most of us, it is a case of “suck it up, princess!”:  Move on and hope that it does not go viral.  99.99% of the time it will not.

People who have a requirement for some level of privacy have a more serious problem.  Any political figure or celebrity who is trying to protect their persona has to be very aware of what is being said about them on the internet.  There are always rumours; even stupid ones can do harm and spread confusion.  Consider the numerous hoaxes that have convinced gullible fans that celebrities like Justin Bieber, Oprah Winfrey or Celine Dion have died.  Still, in most cases the rumours are just that, and left alone, they disappear.

In recent times there have been so many politicians who have done something or said something that can be considered wrong that tracking their follies is becoming a national pastime.  The best thing they can do is accept that it is out there, try not to compound the problem by lying about, apologise to the electorate and roll with the punches until it blows over.

One public figure who suffered from the online rumour mill is Nigella Lawson.  Although she was a witness in a fraud trial against her former personal assistants, it looked like she was the one on trial, having had to defend herself against allegations of using cocaine and paying her assistants to keep quiet about it.  The accusations were embarrassing, but she can do nothing about it.  If she had tried to suppress any of the information, it would have been a bigger story on the internet and would have definitely gone viral.  And her apparent willingness to let the public hear both sides of the story has convinced many members of the public that she’s telling the truth.  Yes, it might seem like the cocaine allegations have caused her problems, but trying to fight the internet would have exploded in her face.

Trying to get information off the internet is like trying to put spilled milk back in the bottle.  This is why I always say, if you want to keep something safe, do not put it into any form of electronic data—especially on social media.  Post with care, and remember that someone may be recording you.  And what if it’s too late?  Then the worst thing you can do is to “fix” your mistake by trying to suppress it.